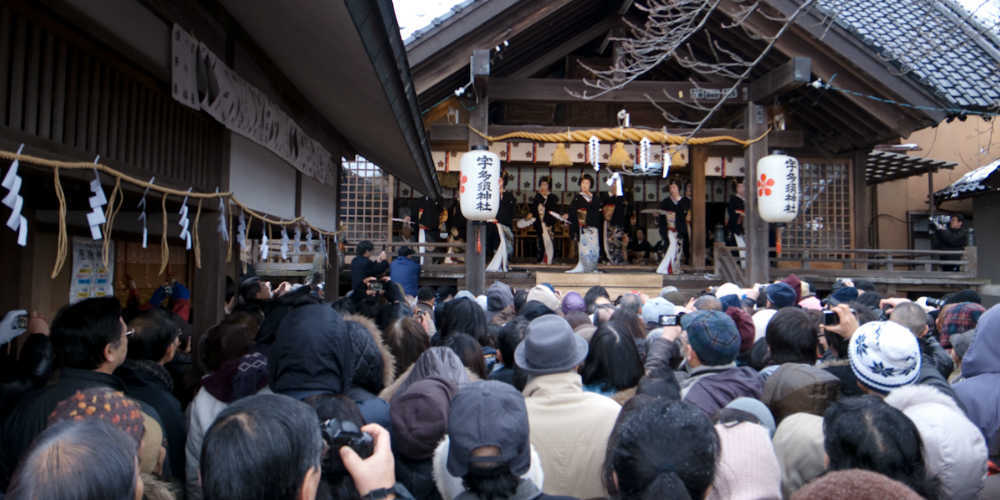 Shrine To Protect Against Evil

In 1599, this shrine "secretly" deified the spirit of the first Maeda lord. Located north east of Kanazawa castle, an ominous direction according to Onmyodo mysticism, they enshrined his spirit here to protect the family from evil. The hold object housed here was later transferred to Oyama-Jinja shrine in 1873. Utasu-Jinja is now famous as one of five great shrines in Kanazawa. 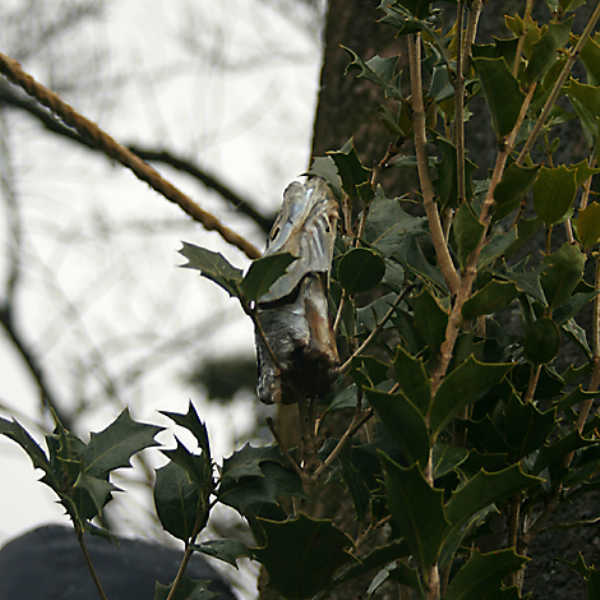 Japan has four seasons with a special word to denote the beginning of each: Risshun (Lichun / Feb 4-5), Rikka (Lixia / May 5-6) , Risshu (Liqiu / Aug 7-8) and Ritto (Lidong / Nov 7-8). Setsubun is the festival that occurs the day before a season officially starts. After the Edo period, it came to be connected with the day before spring. People celebrate Setsubun by throwing beans, called Mame-Maki, to dispel bad luck. As kids we would throw dried soybeans indoors as we yelled, “oni-wa-soto!” which means “out with the demon!” or “Fuku-wa-uchi!” means “in with fortune!”
There is a gorgeous Setsubun festival every year in the Higashi Chaya district’s Utasu-Jinja shrine where you can see them make fresh rice cakes and sweets, and sample sake. But the real stars of the festival are the Geisha!
I remember my last Setsubun.

Snow was lightly falling. It was freezing, but the glittering flakes created a world of beauty. The festival had already started when we arrived, and was overcrowded with locals, barring us from the inner shrine. After a cursory examination of the two gates, we found an unusual ritual utensil on display—A holly branch with an fish head. I later learned that it was called “Hiiragi-Iwashi” and is displayed on Setsubun as an amulet to protect the shrine from evil. They say that the holly thistles stab the demons’ eyes, while the fishy smell of Iwashi sardine drives them away.
At last, the Geisha appeared to perform an elegant dance. Their folding fans were like butterflies! Every single movement was beautifully choreographed. 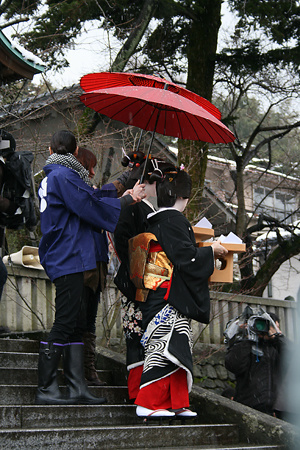 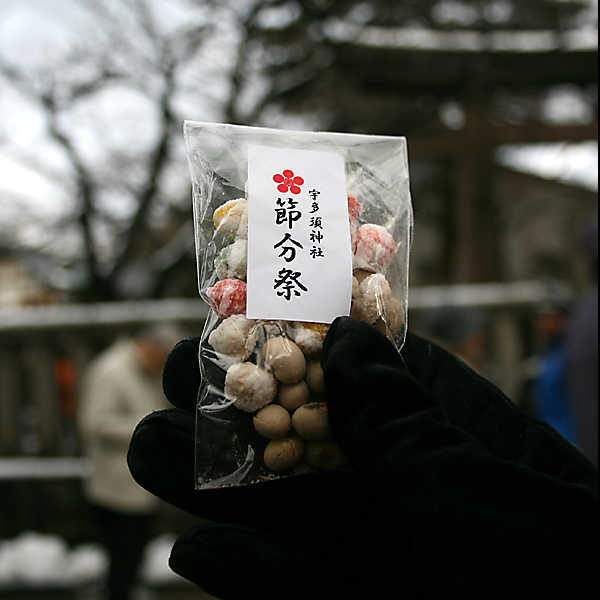 The audience crowded in with their cameras, attempting to catch their movement in flight. If I was taller, then I could have stood over the
crowd and snapped some better pictures. Next year I’m bringing a step ladder!
Finally, they throw holy beans! Geisha came down the stairs holding beans, attended by a maid with a red umbrella. They were getting closer, and closer. The highlight of the festival was here! They began to languidly toss the beans into the crowd. It’s a life or death struggle against the wall of bodies, all pushing forward to grab the beans. Some greedy people take more than their fair share. Don’t follow their example! The Gods are watching you! I could care less about counting beans, I was there to photograph the beautiful Geisha, who were clad in a special black Kimono for this spiritual event. It was a once in a lifetime experience.