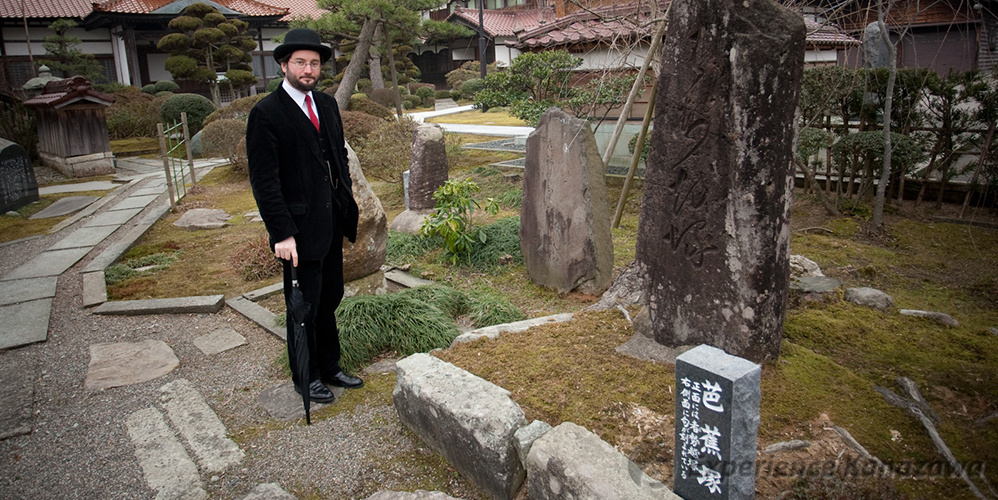 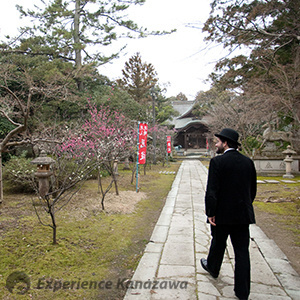 The departure from Yamanaka has something like the beginning of an end for Matsuo Bashô’s journey. His traveling companion Sora, who had become sick, went ahead to recover at some relative’s place and, left alone, Bashô is soon caught up with the feelings of grief and solitude that often stalk through his poems. They however act as reminders of the necessity for him to go further on seeking poetically the bottoms of things.

Descending the mountains from Yamanaka, one quickly finds himself in the middle of a narrow strip of land. The Sea of Japan is close, lying down right behind an ultimate hill of pine trees. This land blessed by nature is part of the hyakumangoku, a then feudal domain covering nowadays Ishikawa and Toyama prefecture. With an annual income of more than 70 000 koku (the quantity of rice defined to feed one person for one year), the southern branch of the Kaga domain was thriving in those days. Established in the castle-town of Daishoji, the Maeda lords carried out this rapid development.
Once covered by hundreds of samurai mansions,

Daishoji is still a place where one can feel the atmosphere of ancient times, though the castle is not here anymore. Slowly meandering through the heart of the town, the Daishôji River that Bashô admired at Kakusenkei gorges is now slowly drifting to its Sea of Japan mouth, all through a continuous cortège of cheery trees. On its left blank, next to the castle, the local lords, Maeda Toshiaki and Maeda Toshinao, erected their mansion, right on the grounds of the nowadays Enuma Shrine. Besides the partially remaining garden, the completely preserved and highly refined Chôryu-Tei pavilion, built some 20 years after Bashô’s stopover, is now considered an important national asset, witnessing of the town’s growing artistic influence.
Originated in the upper mountains of Yamanaka Onsen, the Kutani porcelain was soon patronized by the feudal lords, bringing this craft to superior technical and artistic mastery, as shown in the Kutaniyaki Art Museum. In the nearby area of Yamanoshita, at the foot of an adjacent mountain, the Maeda had lined up seven temples and one shrine to serve as rampart to their castles.
For he lived at a time when it wasn’t so easy to travel from one feudal domain to another, some recently claimed that Matsuo Bashô may have been sent by the central government to spy on local lords, 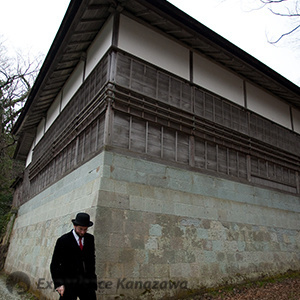 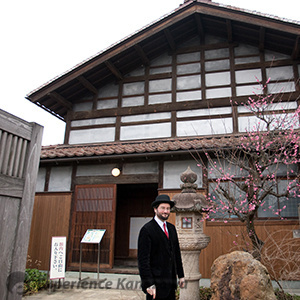 powerful enough to challenge the Tokugawa shoguns’ ruling of Japan. Though there is absolutely but any clue to back such allegation, one has to admit that Bashô seems to shelter from those telltale signs of growing power and influence, preferring the tranquility and sobriety of Zen temples, much more in adequacy with his poetic and life creeds. So he stayed in Zenshô-ji, a temple now mostly famous for displaying in a detached lodge, small statues of the Buddha’s 500 disciples, the “rakan”, works of a 19th century artist who achieved sculptures of remarkable physiognomy. Bashô’s disciple and friend, Sora, had stayed the night before, warning about nocturnal winds and sleepless nights through one poem. Departing in themorning Bashô found for sole confident the leaf of the garden’s shedding willow.

I’ll sweep the garden
Before I leave – In the temple
The leaves fall.

The weeping willow is still here today, next to a reminding stone tablet. Bashô had left soon after, crossing on that day the threshold of autumn and the doorstep of the Echizen domain.