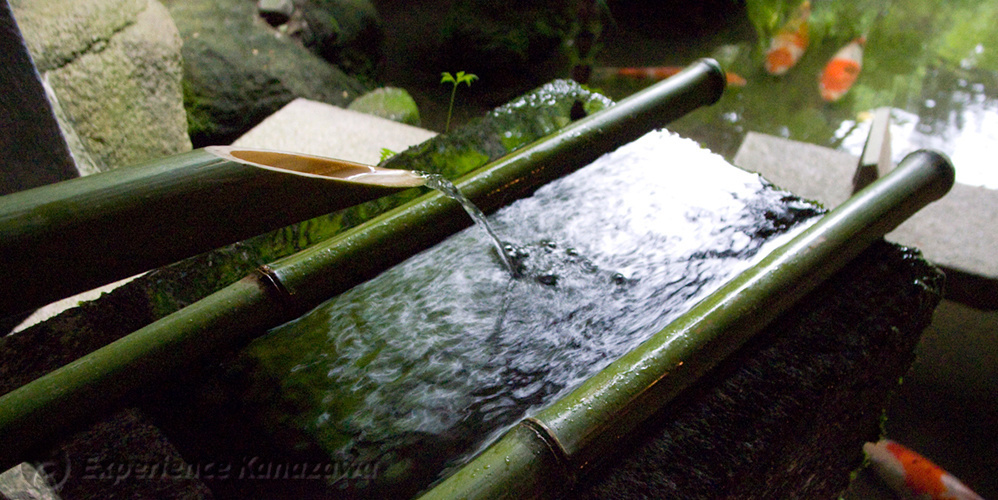 There are not so many cities where one can catch so many glimpses of pre-modern Japan such as in Kanazawa. Just like Kyoto and the mountainous town of Takayama not far from here, the capital of Ishikawa prefecture managed to partly preserve the atmospheres of its long and rich history. Taken over in 1583 by Maeda Toshiie, a companion of Toyotomi Hideyoshi, the war lord who was finally able to unify politically Japan under his rule, the castle town of Kanazawa would remain the center of a feudal domain blessed with an enduring prosperity.
The Nagamachi district recalls the grandiose samurai residences, estates provided to their vassals by the Maeda lords, places that once covered up vast areas of the town. One finds himself captured in time as they stroll along traditionally stone paved streets, moving between the traditional ocher clay earthen walls that enclose many elegant estates, covered with shingled roofs. Beautiful as they are, it should be mentioned that only a few of these magnificent houses have been standing since the old days. Still, those who are opened to visitors are nevertheless worth seeing. 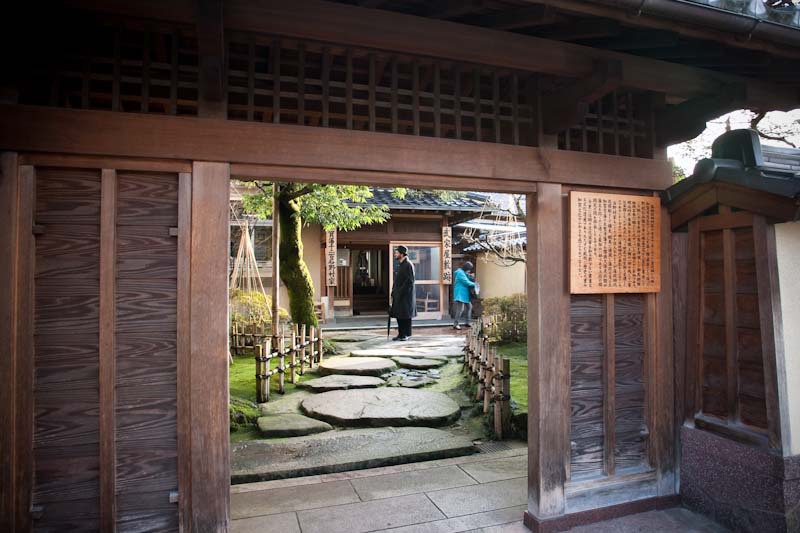 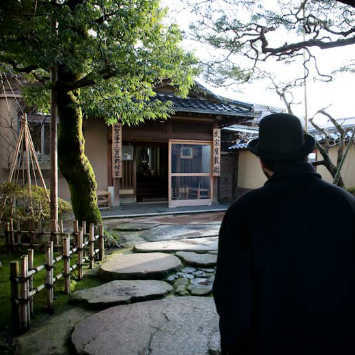 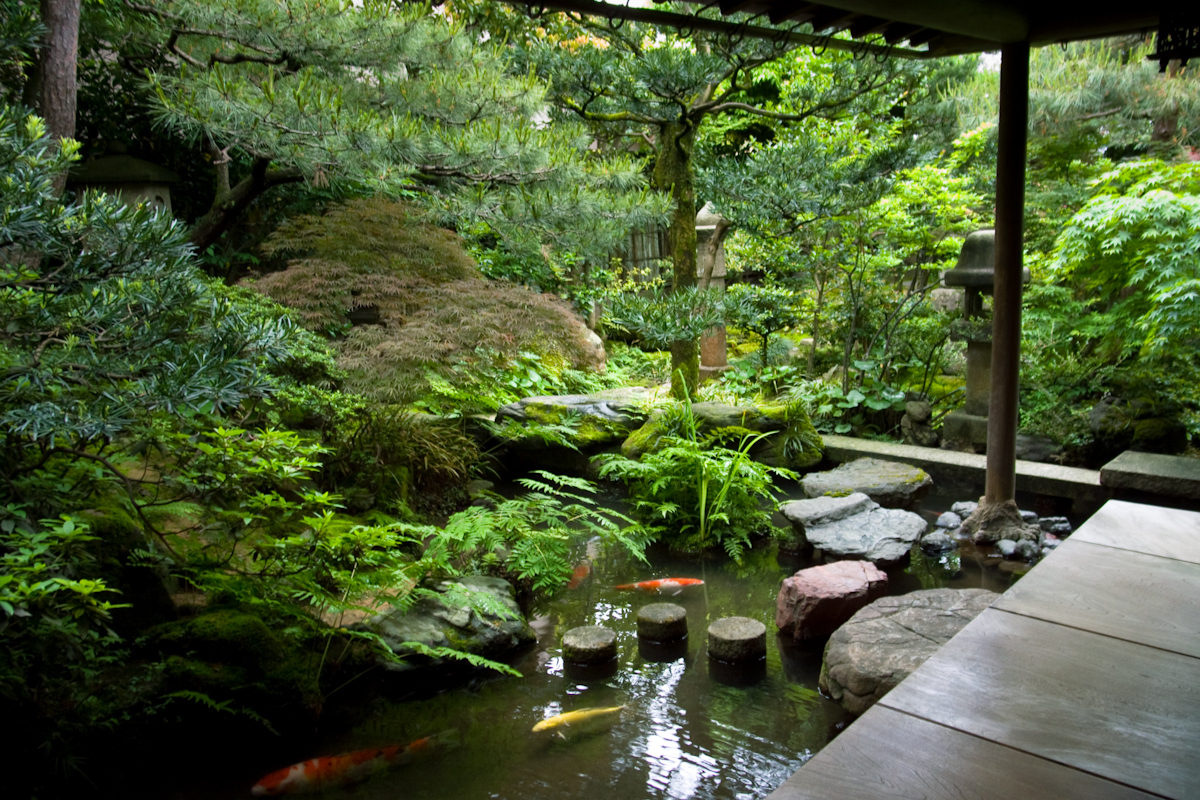 The house gives a good idea of the life-style of samurai during the Edo period, when Japan was secluded from the outside world

When the feudal system collapsed at the end of the 19th century, samurai privileges were soon abolished, and many of their houses were destroyed. It was the class of the merchants who finally took a leading role in the crucial transformations of modern Japan, and the wealthiest of them were soon able to acquire the remaining parts of those grandiose estates, symbolic marks to demonstrate their position in the Meiji restoration aftermath. The Nomura clan’s residence, originally owned by Nomura Denbei Nobusada at the end of the 16th century, was finally bought by a rich industrialist, Kubo Hirobei Hirobei was the owner of a Kitamaebune vessels company in Hashidate, down in the nowadays city of Kaga. It remained there for many years until the city of Kanazawa acquired and restored it to be accessible for visiting.

The house gives a good idea of the life-style of samurai during the Edo period, when Japan was secluded from the outside world. The pacification of Japan gradually led the samurai warriors to escape their social uselessness and compete in the fields of art and savoir-vivre. This is particularly evident in the estate’s drawing room, which enlightens the elegance of cypress wood frameworks, allied with exquisite motives designed in rosewood and ebony. Sculpted persimmon wood motifs are used to keep the framework’s nails out of sight, and the doors show masterfully painted landscapes by Sasaki Senkei, a highly reputed artist from the end of the 17th century. The Nomura sought for further refinement by using paulownia for the design of alcove panels and Indian ironwood frames, features which were fairly unusual for the time, for the sliding thick-paper doors that open up the room to the garden.

That many aspects of the nation’s reputation for esthetical refinement largely came out of the samurai class is a striking topic in Japanese studies.

This very garden is regularly said to rank among the most beautiful sites of Japan. It contains all the usual characteristics of this art: a waterfall, a small pond hosting Koi carps, and various stone features such as a bridge, lanterns, and storied towers. Some unusual flowers also fit well in this delightful setting filled with peace and harmony. The Nomura lords truly placed everything that could serve and enhance the pleasure of the scene. In the tea ceremony room that is now set above the garden, upstairs in a separate pavilion, visitors are nowadays proposed to experience the tea ceremony, though there is no need to be worried about the etiquette involved. Another unusual outfit is the wooden nightingale box in which shut birds would entertain the lord’s visitors with their singing.

That many aspects of the nation’s reputation for esthetical refinement largely came out of the samurai class is a striking topic in Japanese studies. The Nomura house largely testifies of such an apparent paradox. One catches the essence of the Edo period through the link that unites the general refinement of the house with the outfits of the war lords, which can now been seen in the adjoining museum room. From the armors and the swords to the coins and maps that adorn the room, they evoke the political background of the time, as much as the mushakakure space, where guard men would hide and prepare to protect their lord against any assailants. In the fleeting world of Edo, even in the calm and serenity of such grandiose esthetical arrangements, the threat of violence could always crop up. All the Japanese sense of beauty lies in this feeling of precarious and ephemeral tranquility. 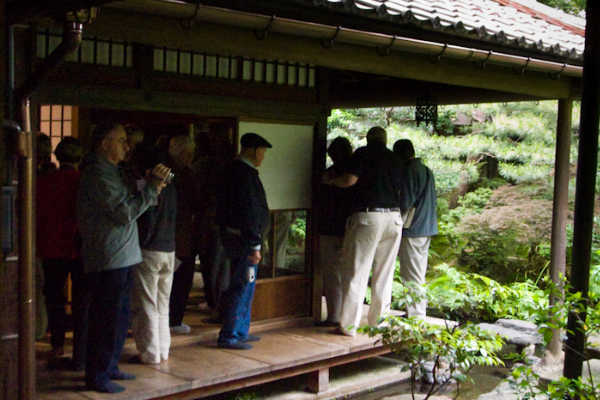 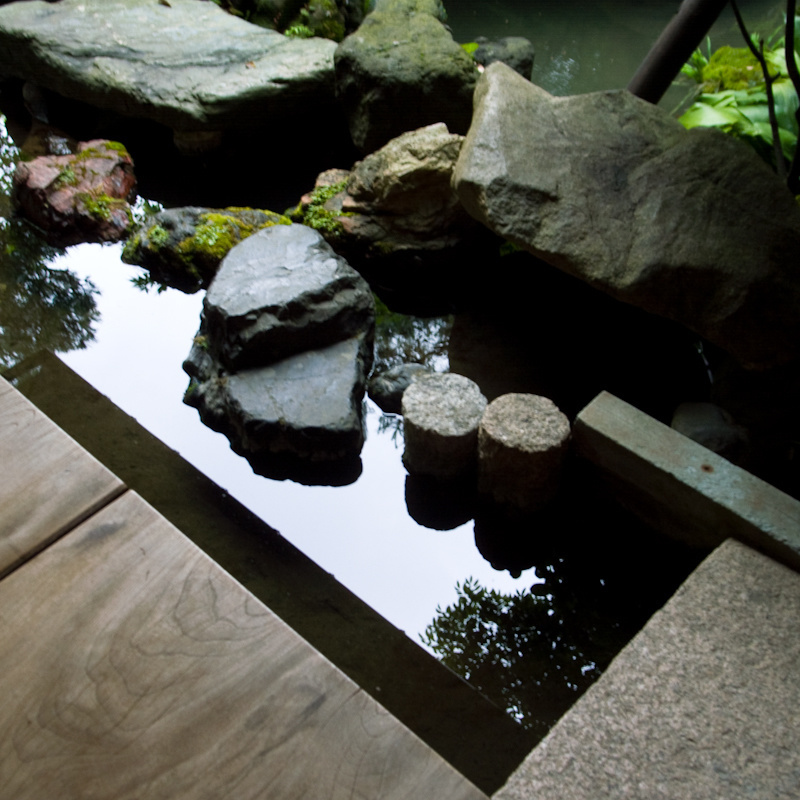 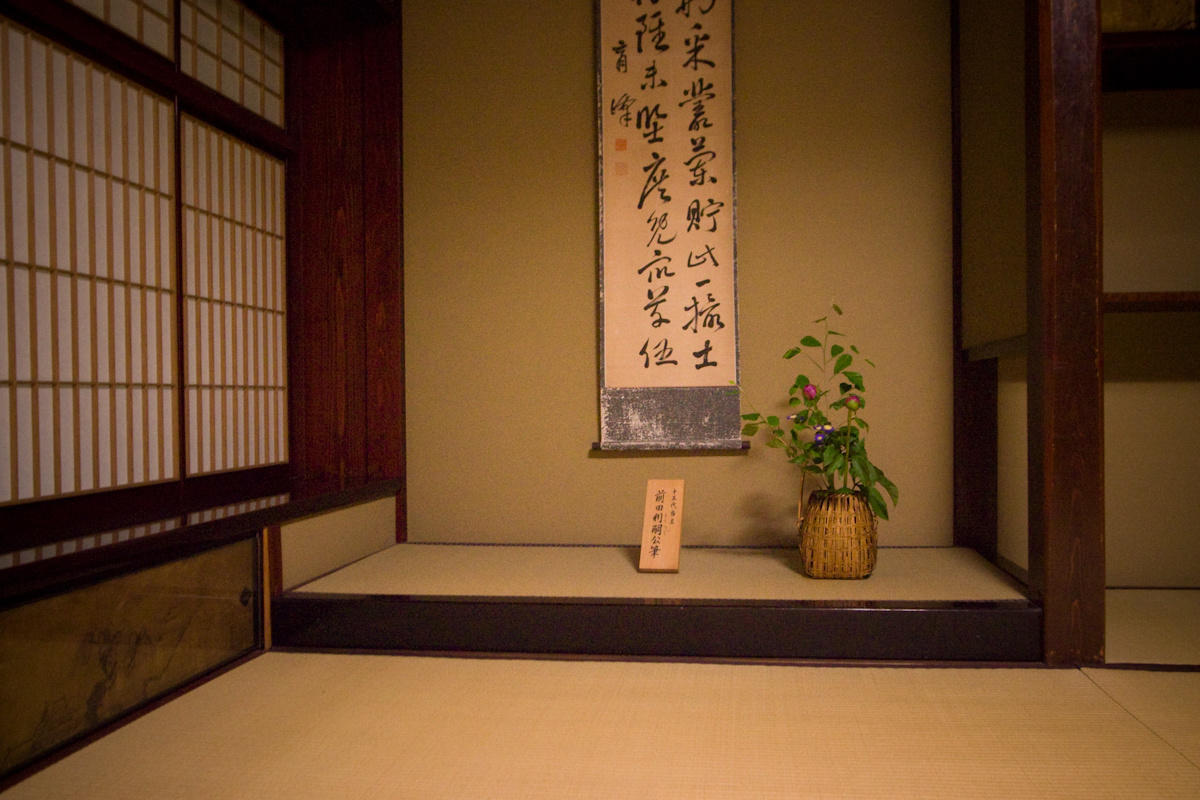